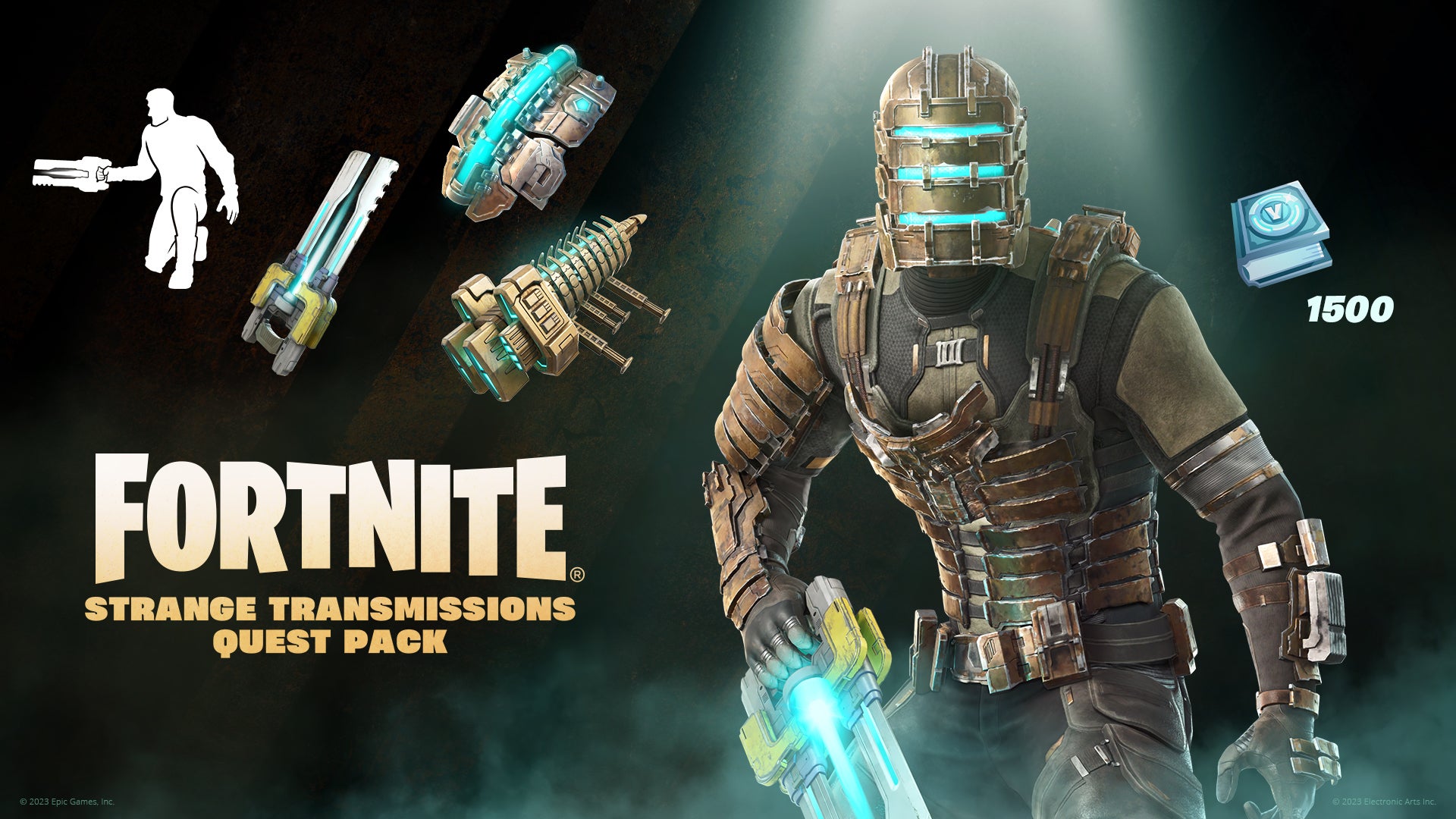 Fortnite is no stranger to crazy crossovers. So much so that many of the new additions don’t feel so strange anymore. In fact, it almost feels natural to fall off the Battle Bus and land in Slappy Shores as Doom Slayer…to a point.

Fortnite’s latest collaboration is with Dead Space, and it comes just in time, given the highly anticipated remake of Dead Space launching on Friday, January 27.

Watch the trailer for the Dead Space remake here.

Players of Epic Games’ colorful battle royale can deck themselves out in Isaac Clarke’s suit and complete the look with Dead Space-themed back bling and a Plasma Cutter pickaxe. If it sounds good to bring some of the terrifying USG Ishimura to Fortnite, you can pick up the cosmetics by grabbing the Strange Transmissions Quest Pack.

Grab the Strange Transmissions Quest Pack now, which includes:
-Isaac Clarke outfit 🚀
-Two Back Blings and a Pickaxe ⛏️
-Quests to earn up to 1500 V-Bucks 🎉


The mission pack can be purchased for £9.99 GBP / $11.99 USD from the Fortnite store, and as is usually the case with mission packs, you can earn some V Bucks for completing the pack’s associated quest. … which we suspect will have been catered around this spacefaring engineer and his past.

Will you put on the Isaac Clarke outfit in Fortnite? Or are you anticipating the release of the Dead Space remake this week instead? Let us know!

Science has created a lab-grown gamer brain that plays pong

The best of 2022: Signalis and Connors number two