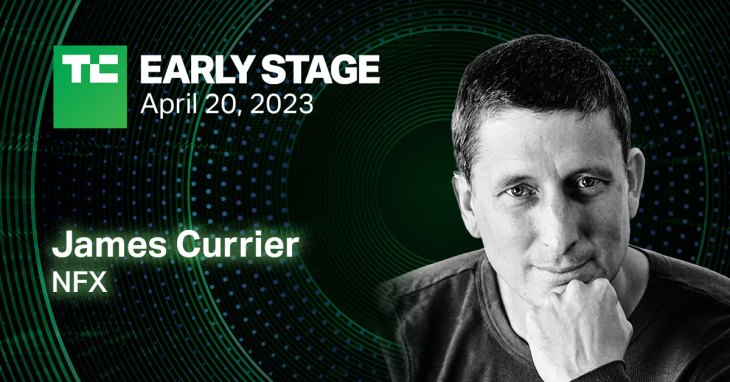 You have a great idea for a startup and you work hard to build, launch and scale it. But, and stay with us, is your idea really good? According to James Currier – co-founder of NFX, a VC firm of and for entrepreneurs – good ideas have patterns and 90% of the ideas he sees in the pre-seed/seed phase will not lead to major exits.

Currier – a five-time founder with significant exits across multiple industries – is perhaps the best-equipped investor-operator to help answer this critical question. That’s why we’re excited to have him join us on stage at TechCrunch Early Stage on April 20 in Boston, Massachusetts.

In a session called “How to Make Sure Your Startup Idea Is Really Good,” Currier will share several tactics, such as how to:

The session will reserve plenty of time for Q&A, so bring your questions. Currier is passionate about helping entrepreneurs and new founders assess their businesses early on to ensure they are addressing the right problem and delivering the right solution.

Do you want to go deeper into this topic? During the show, Currier will also host a roundtable—a focused, small-group discussion—that gives founders even more time to ask questions.

Currier is an early pioneer of some of the most widely used tactics in the tech startup world, including user-generated models, viral marketing, A/B testing, and crowdsourcing. In 2015, he co-founded NFX, a $475 million startup venture firm focused on network effects businesses.

Currier regularly speaks at numerous industry conferences. He has also been featured in Forbes, Fortune, Harvard Business Review, TechCrunch, and Silicon Valley Business Journal. You can read his analysis of network effects and growth NFX.

TechCrunch Early Stage sessions give attendees plenty of time to participate, ask questions, and walk away with a deeper, working understanding of topics and skills critical to startup success. Buy an early-bird founder ticket now and save $200.

The best of CES 2023: the important gadgets, TVs, cars and announcements