Birth/rebirth will grab your nerve with its mercilessly creepy opening scene. Laura Moss’ directorial debut doesn’t just dive into a terrifying Frankenstein-inspired story. It’s not just that her Sundance stunner flaunts body horror with a sobriety that’s mighty unnerving. It’s how the opening deftly illustrates an all-too-common fear that has sprung up in this era of an overturned Roe v. Wade.

Birth/rebirth begins in black, with only the sound of an ambulance siren. The muffled chatter of paramedics is heard, then the stifled sound of a sob. A woman wakes up with an oxygen mask pressed over her face. Moss mercilessly puts us in the terrified patient’s point of view as she watches helplessly as surgeons with bloodied hands cut away her abdomen.

“Your baby will be fine. I promise,” urges a well-meaning surgeon. In a weak voice, this invisible woman asks, “What about me?” But she is forgotten as the hospital staff rush to rescue the fetus from her womb. The focus of the POV camera blurs just like hers. Then the camera shakes violently, mirroring how her body grabs, loses grip, and dies. Finally, the camera makes a cold gash on her naked corpse, still cut open from surgery and placed emotionlessly on a morgue slab, ready to harvest her organs for donation.

Here, gruesomely and efficiently put, is the fear of those who have wombs, that we will be seen by the Supreme Court not as human beings, but as a vessel for a little stranger. To be a mother is to sacrifice your body, your free time, your ambition and maybe even your right to live. But this is just the beginning of the maternal terror that Moss springs from Birth/rebirth.

11 films from the Sundance Film Festival you should know 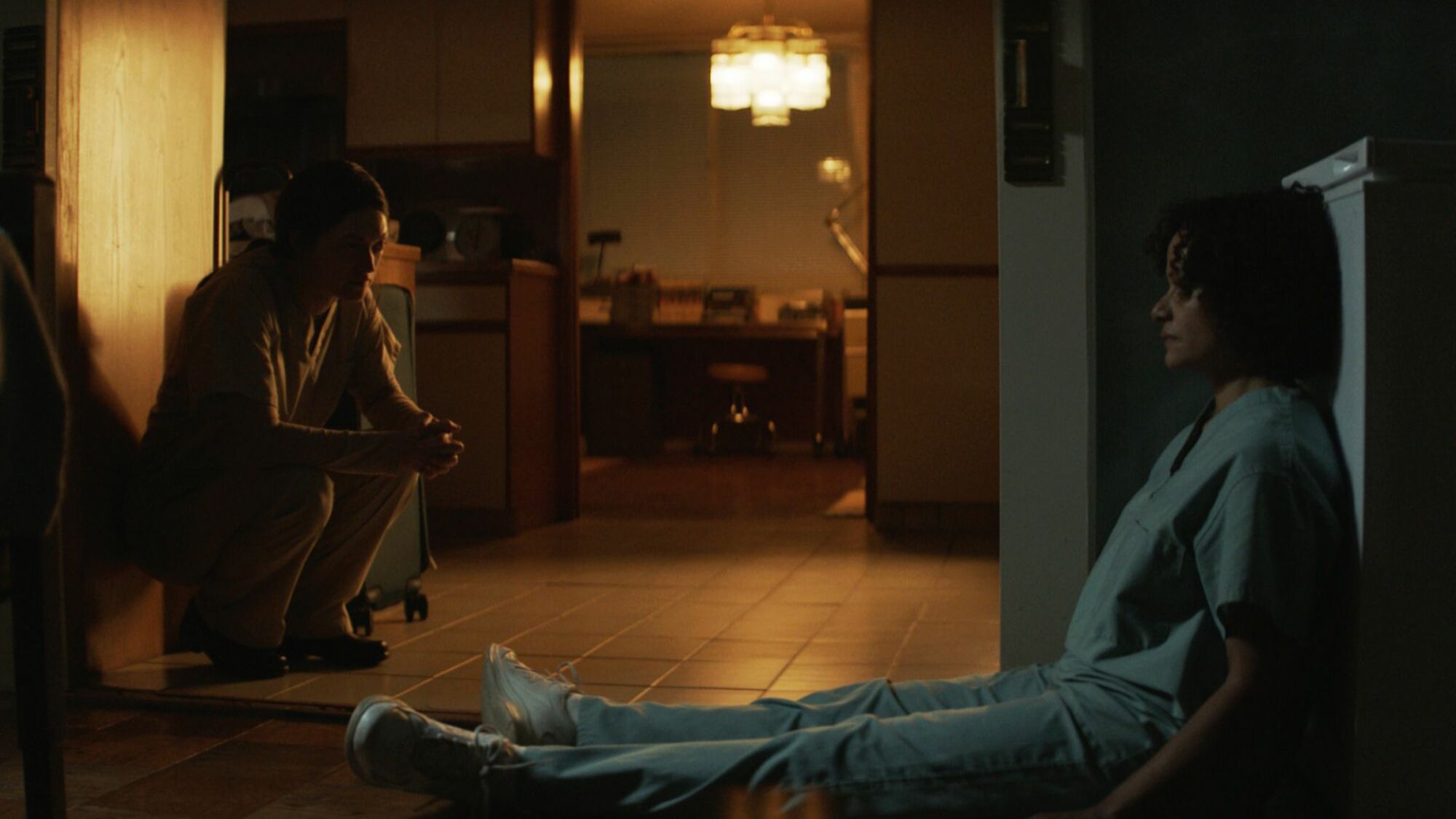 Forget the dead mother on the record. Birth/rebirth‘s focus quickly shifts to the mothers who will battle with her corpse and her surviving child. Celie (Judy Reyes), a nurse in her hospital’s obstetrics ward, warms to patients, friends and her playful daughter Lila (AJ Lister). Her introduction shows her gently stroking the newborn’s foot as it lies in an incubator, oblivious to the loss of a mother who will never know. Then there’s Rose (Marin Ireland), the mortuary technician who photographs the remains and inserts her hands into the open cavity of the intestines with a blank expression.

At the beginning of this story, they are strangers. Slowly but surely they get creepy Strange couple, opposites who forge a lively friendship in a shared apartment. But the reason why is pure Frankenstein, the women bond through sci-fi horror motherhood.

You see, when little Lila dies abruptly, the calculating and cold Rose steals her remains and then resurrects her with an experimental treatment. Celie discovers this disturbing miracle and rededicates herself to her child, and by extension to Rose and the success of the experiment. But there are terrible costs that keep this child alive.

Birth/rebirth is not for the faint of heart. 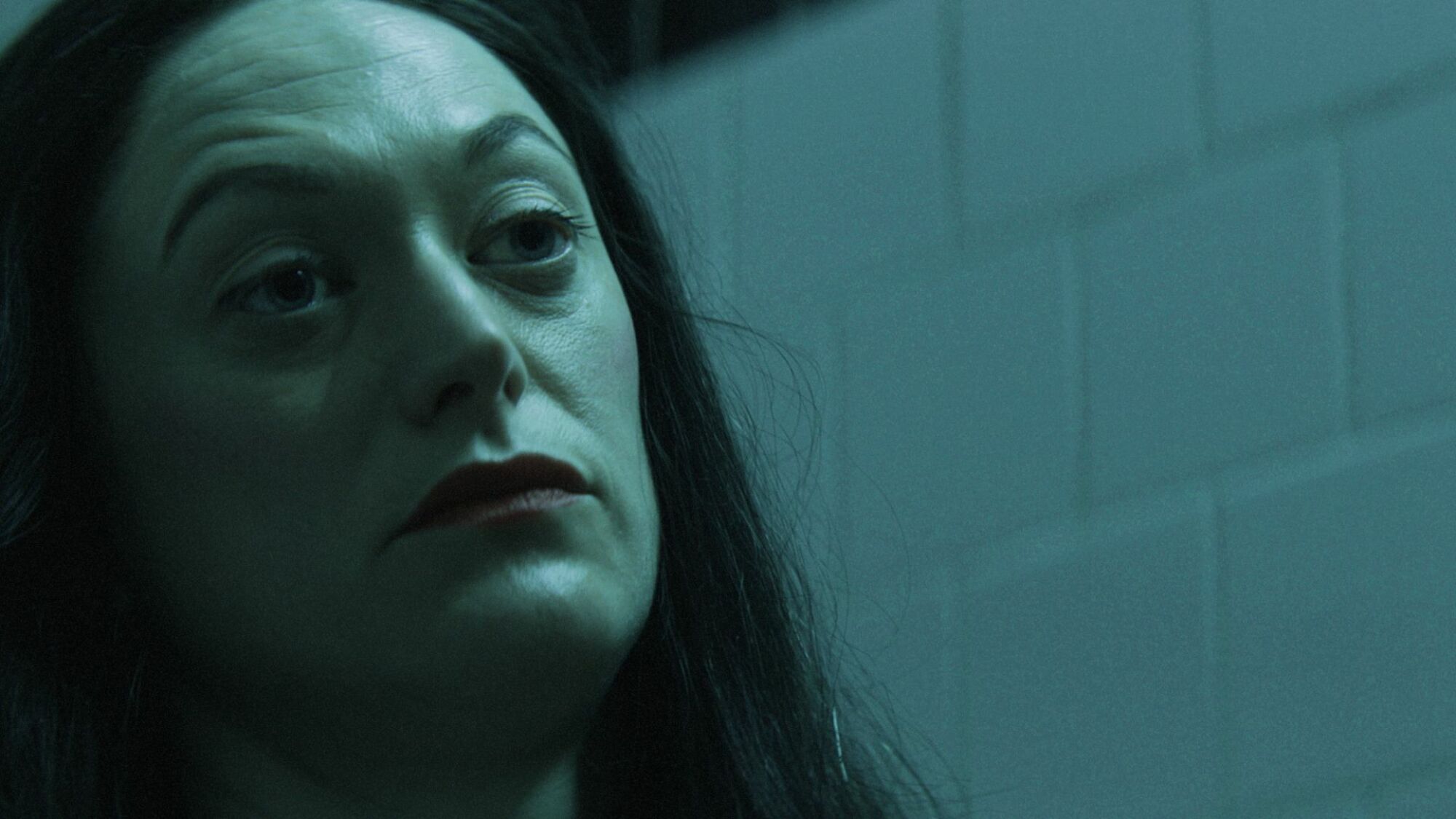 Marin Ireland Gives Us Cold, And It’s All In “Birth/Rebirth”
Credit: shudder

But that’s appropriate, because – as I understand it – motherhood isn’t either. And this film is deeply rooted in the fears of what it means to be a mother. Celie and Rose face a variety of gruesome challenges to keep the revived Lila alive. They have to be patient when she hits strange milestones or acts like only a child who is ever dead.

Body horror comes into play when Rose’s science experiment turns gruesome. And Moss’s approach doesn’t shy away from wounds, staples, blood, and the kind of fleshy mess menstruators are all too familiar with. But then there are also simple, terrifying shots, like a mother carrying her dead child’s clothes in a ziplock bag into the hospital elevator and returning to a house that is silent and empty. In such silence, we are welcomed into Celie’s pain like a warm bath, not realizing what lurks in these waters.

A slinky soundtrack scrapes on our nerves, as moans, low shrieks, and soft tinkles – reminiscent of distant metal – create an atmosphere that is chilling in its sense of barrenness. For all of Celie’s passionate looks and strong declarations of love and duty, Rose is creepy, ruthlessly logical, and cold. She gives a hand job in a bathroom with the same dead look in her eyes as when she shoots a corpse at work. But beneath this icy exterior, her heart begins to burn as she and Celie grow closer.

In the midst of the physical horror, maternal terror and wicked transgressions these mothers walk in, Birth/rebirth stunned with his macabre sense of humour. It’s not laughing out loud. It’s funny you find a burial. It’s the chaotic clash that happens when candor lifts the facade of politeness. So a line as simple as “I have a futon” made me chuckle darkly. In context, it’s hilarious because of the flatness of Rose’s delivery, the reaction in Celie’s teary eyes, and the logic that spatters between them like a blood clot. It’s the kind of dark humor that makes some cringe and others feel like they’ve just been given a shot of adrenaline.

Birth/rebirth is a blistering directorial debut.

It’s unnerving that this is Moss’ feature film debut because it’s so damn good. The production designer-turned-director has crafted a film that is relentlessly intimate, meticulously detailed and chillingly scary. She’s taken a piece of Mary Shelley and brought it to life with a lightning bolt of the war for bodily autonomy. But within a clever concept – spiced up by a shocking revelation – Moss has also built a story about a fascinating female friendship.

Her incredible cast lures us in with their high-contrast heroines, with Reyes and Ireland delivering performances that are grounded yet thrilling. That these women feel so real is part of what makes the rest of the film give us goosebumps. In all that is a depraved ribbon of humor that understands that in sorrow, pain, panic and love there is something wild that cannot be tamed. And then, where so many smart horror films fail to hold the landing, Moss’ film ends exactly where it should, leaving us gasping – though perhaps hungry for more.

Easy said, Birth/rebirth is a uniquely thrilling take on horror, and Moss is a director to watch. Keep an eye on both.

Birth/rebirth will have its world premiere at the Sundance Film Festival in 2023(Opens in a new window). Shudder’s release is TBD.

Is ChatGPT a ‘virus released into the wild’? • TechCrunch

Read, which measures how well a meeting is going, is now a Zoom Essential app • TechCrunch