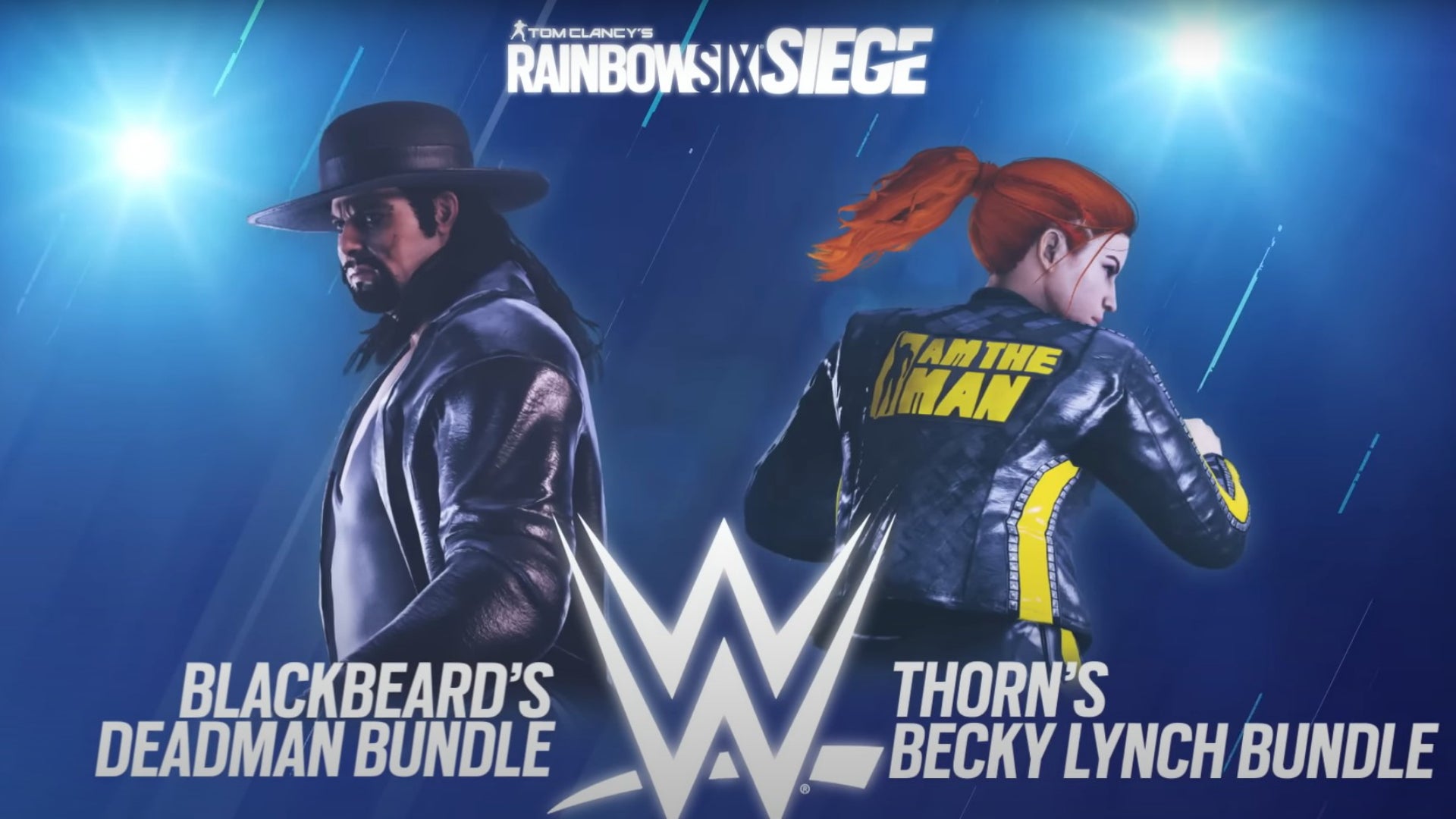 I followed WWE as a young kid, until my mom’s then-partner told me it was all fake and completely ruined the illusion for a smaller me. Likewise, I’ve dabbled with Rainbow Six Siege here and there, always having to put it down and hover my cursor over Valorant instead.

Either way, worlds have collided, with WWE’s Undertaker and Becky Lynch now available as cosmetic skins for Blackbeard and Thorn in Rainbow Six Siege. You heard that right; you can now sneak around your favorite tactical shooter as none other than the Grim Reaper himself, The Undertaker. Not only that, but for those of us who are fans of ‘the man’ Becky Lynch, you can also play games in her likeness.


The first bundle, Blackbeard’s Deadman Bundle, includes the Undertaker uniform, a championship charm, an operator portrait, a headgear, the Moonlight Brawl backdrop, and even a new skin for the MK17 CQB. Coincidentally, this new skin has also been aptly named ‘The Tombstone’.

On the other hand, Thorn’s Becky Lynch bundle includes The Man uniform, a championship charm, an operator portrait, and a headpiece. You’ll also get your hands on the I Am the Man wallpaper and a UZK50GI skin named ‘Dis-Arm-Her’.

The two exclusive WWE cosmetic bundles are now available for purchase in Rainbow Six Siege and are accessible on all platforms. However, they will cost you 2160 Credits each, and of course you can’t buy and spend that exact amount.

If you want to buy both bundles, you’ll need to buy 4920 credits for £30. It’s a hefty price, but still better than the cost of Valorant cosmetics, so you do it.

What do you think of this unexpected crossover and would you like to see more WWE legends in games like Rainbow Six Siege?